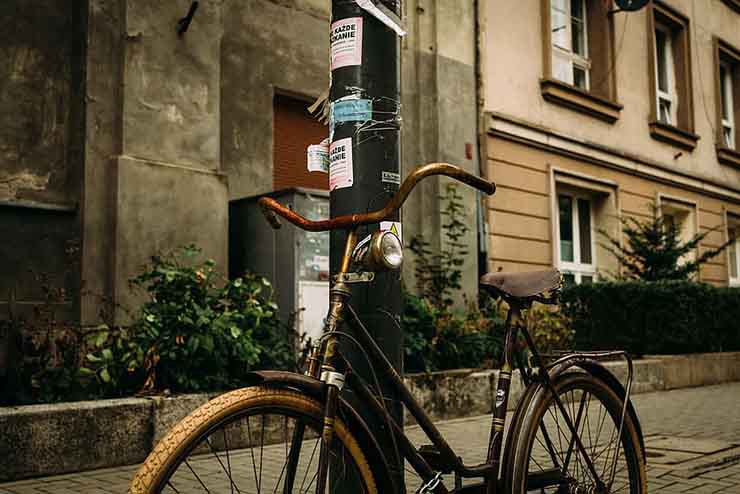 If you are inspired to use your bike for work, there is bad news for you. Only 2 out of 5 people who start bike commuting go to the end of week 1. No, I am not saying you are not fit for that, your fitness level does not depend here, the more depends here is how do you manage your expectations.

Most people don’t pay attention to the little details and don’t prepare for them for bike commuting.

If you are just starting out and unsure what to expect and how to prepare for bike commuting, don’t fret. We are here to help you; in this post, we are going to pen down some bike commuting tips. These tips will help refrain from unrealistic expectations, as well as do some preparations.

If you have not been riding a bike for years now, or riding it and learning it, before you use it for commuting or hit the town you should practice first. Take some time for practice, you can use driveways, parks, or some calm streets before you go on the road full of traffic.

Practice some range of motion, learn how to take a turn, read some regulations and laws of riding a bike or commuting on a bicycle. Learn a range of motions such as riding with one hand, shoulder checking, stopping quickly, and many more like that.

You have practiced a little, and you have been a good rider in the past. Now, the second thing is to check your bike. You should give a good once-over to your bike, such as cleaning the chai, putting air in the tires, making your brakes work properly, or checking the brakes while riding in the calm streets.

If you are not satisfied with your bike’s performance and find the brakes and other mechanisms not trustworthy, you can get it serviced.

Find an experienced rider to ride with you:

If you are hitting the busy roads for the first time for commuting to your work, it is better than you make a group and find someone to ride with you. I am not saying you pay someone for that, maybe make someone convinced to ride with you, your office colleagues living around you could easily be convinced.

Or if there is any group in your surroundings riding the same road, you can join that group, you will feel safe and accompanied.

A cyclist on the road is the most vulnerable rider, after those using their feet for commuting. Trucks cars, bikes, anything stronger than you can hit you. So, the first thing before your ride a cycle is to put safety first. And you should obey the traffic rules more than anyone else around. You can’t control others, but one thing you can do to maximize your safety is to obey the traffic rules.

I have witnessed myself that cyclists hardly obey any traffic rules. Around 80-percent of the bike commuters don’t stop at the red light and stop signs.

Respect others, learn to own the lane:

For cars and bikes, maybe the lane does not make much difference but for a cyclist it does. Initially, when you start riding a bike and start using a cycle for commuting, it might be tempting to change the lane and too over to the other lanes and make a way for yourself. It is a daunting task that you own the lane and don’t switch it, but you will have to learn it, a little practice will produce patience within you.

You may have the feeling that traffic is building up behind you, and you may feel a little pressurized, but hold on, own your lane, and respect others too.

Be a predictable Driver:

Maybe in car and bike racing, you have seen others saying, be unpredictable. But for cycling and using your bike for commuting, you should always act otherwise, be predictable. Everyone on the roads hates unpredictable drivers, everyone is obeying the rule, and if you don’t, you may have to face the consequences, you are the most vulnerable thing on the roads.

Predictability means, don’t do anything unexpected and letting others know what you are going to do. For cycling paths too, predictability is important, I have hit many times because the cyclists in the front failed to signal/her intent.

Maps and Paths of Bike lanes:

If you are going to use the bike for work or education, it is always advisable to plan ahead. Look for the maps or routes in your community and see if there are any protected routes or bike lanes in the community so that you could use them for going to your work and coming back. You would know that there is a protected lane for the bike, you would be able to get your distance at least one part of the trip on the protected lanes.

As I mentioned above be predictable, riding a bike in a predictable manner can help you go a long way safe on the roads. If you are biking on a crowded road, with vehicles, cars, riders behind you, what you can do when you want to take a turn is use hand signals.

Use Lights at the nights:

Riding a bike, a definitely a healthy activity, it not only makes you feel alive but helps you stay closer to nature. You should make goals for your biking, the first week is the most difficult time, and once you pass on one week, it becomes a habit and you will start having fun.